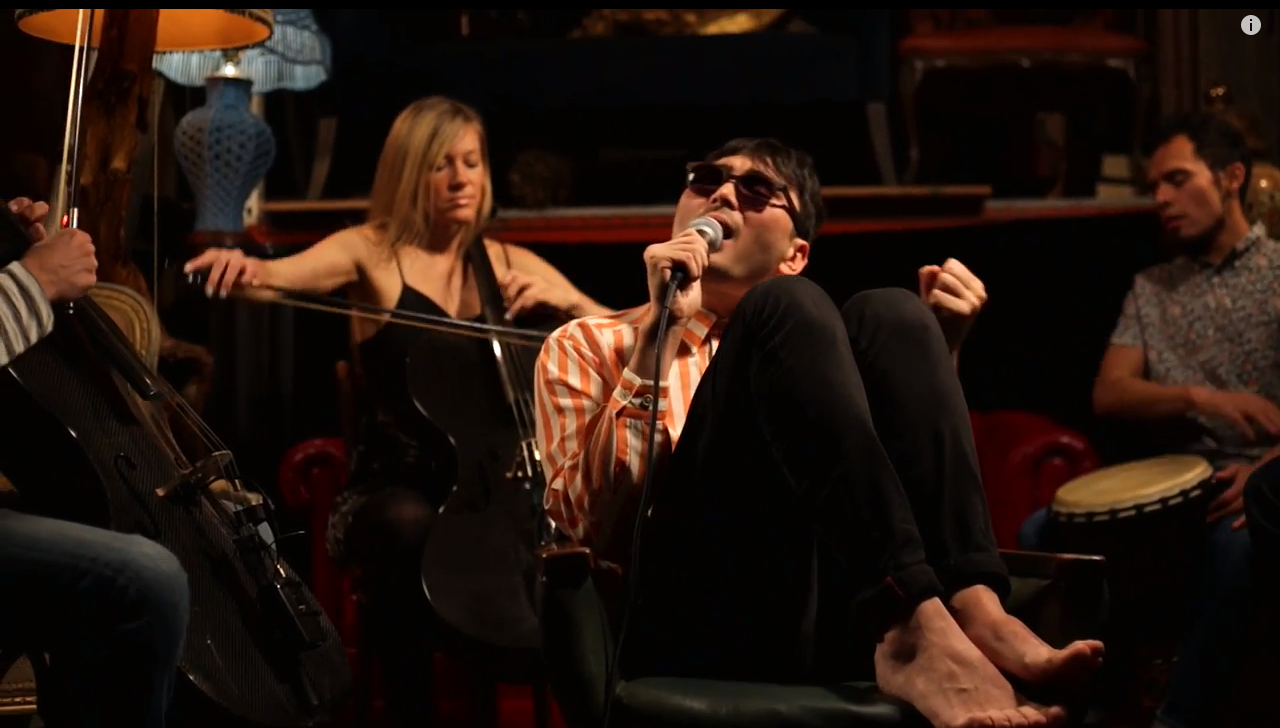 Music is powerful. It can bring people together, even those of us living worlds apart. When we cannot communicate with words, music can be our interpreter.
It can even bring together a singer from Kazakhstan and a music group from the U.S. to do something like this:

Earlier this year, my band Break of Reality traveled to Central Asia on a music diplomacy tour for the U.S. State department. We performed concerts, taught at local schools and collaborated with local musicians. We performed with many wonderful collaborators, but one in-particular left a lasting impression on us: Galymzhan Moldanazar, a singer-songwriter from Kazakhstan.

Galymzhan sings in his native Kazakh language and speaks virtually no english. Despite the language barrier, we immediately connected with his wonderful, indie-pop influenced music. His voice is so pure and beautiful, and he is such an endearing person and musician. Here’s a photo from our first hang:

After a few concerts in Kazakhstan, a collaboration was planned to bring Galymzhan to the U.S.

In May 2015, we flew Galymzhan to New York City to collaborate on a new music video for Akpen Birge, one of Galymzhan’s original songs now arranged for Break of Reality. It was the first time Galymzhan had traveled to the U.S., or outside of Kazakhstan for that matter. Even though Galymzhan was in a new place, he brought his good nature with him. He gave each of us a beautiful, hand-made wallet from Kazakhstan as a token of thanks for bringing him to the states. And on the inside, a Kazakh coin. How sweet is that?!

For me, collaborating with Galymzhan on this video was a truly special moment. It’s unbelievable to think that we were brought together because of music; he is now a collaborator and friend for life.
I hope people in the U.S., Kazakhstan and beyond enjoy this video and his wonderful music. Even if you don’t understand his lyrics, I hope his music speaks to you as it does to me.