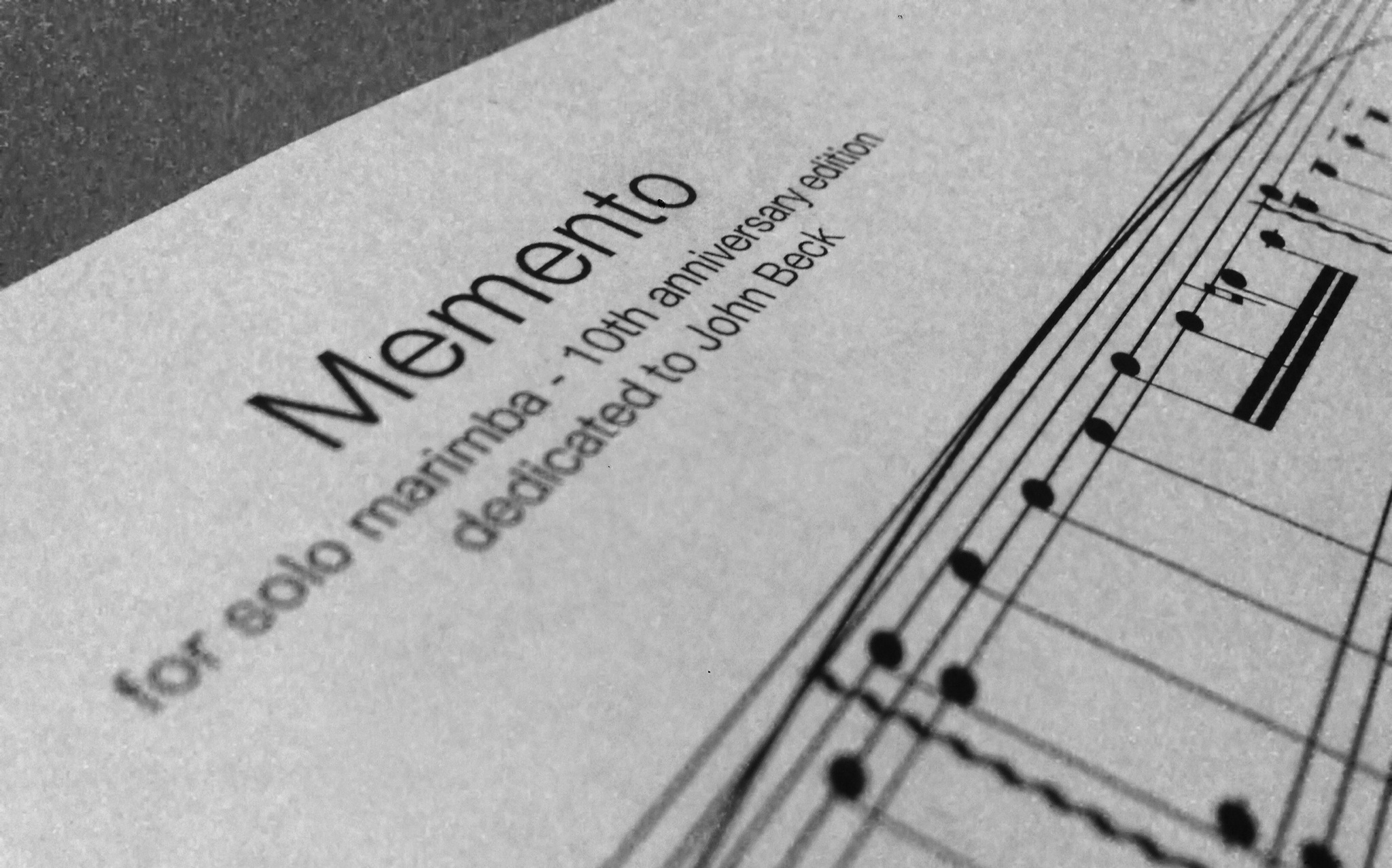 My marimba solo Memento is now 10 years old (2004). CRAZY. I’M OFFICIALLY OLD. To commemorate the anniversary, I have a released a new edition of the piece via my website. More on that below.

Memento is a very special piece for me! It was the first “classical” piece I ever composed and is dedicated to my former teacher at Eastman, John Beck.

While writing Memento in 2004, I remember being very hesitant in approaching Mr. Beck about my writing. I was worried he would be upset that I was spending too much time writing music and not enough time doing the stuff I was supposed to be doing. After all, I was a performance major and not a composition major…

I’ll never forget talking with Mr. Beck in a lesson one day, and confessing to him that I was spending a ton of time writing music. And I’ll never forget the sense of relief I felt when he said, “GREAT! Let me hear what you’re working on. Maybe I can help.”

So I played through fragments of what would turn into Memento, and he gave me comments. Great comments. About my score, about flow, about dynamics. It was awesome. So the rest of that year, me and Mr. Beck worked on my writing. It was the happiest I had ever felt at Eastman, and I was so excited for each lesson, so excited to be doing what I loved the most.

Memento is an idiomatic marimba solo with a pop sensibility and set the groundwork for my compositional style moving forward. The piece has gone on to win a PAS composition contest and today is recommended repertoire for collegiate auditions and competitions.

Now that I publish Memento, I’ve decided to release a 10th anniversary edition with a couple of updated musical decisions. I’ve also created a condensed 4.3 octave version for those who may not have a 5.0 readily available. The new editions are now available via my sheet music store.

Here is a recording of me playing Memento from my senior recital at Eastman, many moons ago. Thanks again, JB!